A historic initiative has been taken recently by Dr. Ved Pratap Vaidik to set up a People’s South and Central Asian Association of regional cooperation (जन-दक्षेस Peoples’s Scaarc).

It consists of 16 countries including the 8 countries of Saarc (Afghanistan, Bangladesh, Bhutan, India, Maldives, Nepal, Pakistan, Sri Lanka) and five Central Asian Republics (Kazakhstan, Kyrgyzstan, Tajikistan, Turkmenistan, Uzbekistan), Myanmar, Iran and Mauritius. The PS is setting up contacts with the top leaders, industrialists, diplomats and academics etc. of all these 16 countries.

Your valuable cooperation, support and suggestions are welcome.

The Main objective of the People’s Scaarc is to promote and strengthen the feeling and structure of one joint family between the nations and the Peoples of South and Central Asia and the neighbouring countries. The people to people relationship is the life line of this multinational organization.

The ‘PS’ will unite and strengthen the people of South and Central Asia and neighboring countries politically, economically, culturally and strategically.

In order to realize above objectives following steps are to be taken :

Dr. Vaidik is a well-known Scholar, Political Analyst, Orator and a Columnist on national and international affairs.  Dr. Vaidik worked with Press Trust of India for a decade as the Founder-Editor of its Hindi News Agency “BHASHA”. Earlier he held the position of Editor (views), Nav Bharat Times – (the then largest circulated National Hindi daily). Currently, he is the Chairman, Council for Indian Foreign Policy and Bhartiya Bhasha Sammelan. More than  two hundred newspapers carry his column regularly.

Born on the 30th December 1944, Dr. Vaidik has been throughout a first class student.  He was one of the first awardees of the degree of Ph.D.  in International  Affairs from Jawaharlal Nehru University in 1971. He knows Russian, Persian, English, Sanskrit, Hindi and several other Indian languages. He won several all India awards in debating and elocutionary contests.

While doing research on Afghan Foreign Policy, Vaidik studied at Columbia University, New York,  School of Oriental and African Studies, London; Institute of the Peoples of Asia, Moscow and did extensive field  work in Afghanistan.

As an expert on international affairs and an Editor, Dr. Vaidik has had an opportunity to rub shoulders with the Prime Ministers, Foreign ministers, dissidents and guerilla leaders of several Asian and Western countries. He has been an informal advisor to almost all the PM’s of India on foreign affairs. He has been a member of the Indian Delegation to the UN in 1999.  He also had the honor of inaugurating the Annual Conference on South Asia organized by Wisconsin University in 1999.

During his student life and later he led several social reform movements. He was jailed for the first time at the age of only 12. The Indian Parliament went through several uproarious scenes  while discussing Dr. Vaidik’s movements.

He has been frequently appearing on Indian and Foreign television and broadcasting networks since 1962. Apart from the Indian Channels, Dr. Vaidik has been interviewed by BBC, CNN & CCTV. He is one of the most reputed mass orators in India.  He has also been invited by several  Indian and foreign universities to deliver special lectures on International Politics and Journalism.

Dr. Vaidik is a widely travelled scholar-journalist.  He has visited more than 80 countries on diplomatic and educational  missions.  Dr. Vaidik has won more than a dozen National and International awards for academic and journalistic excellence.  He has been a member of several Advisory Committees of Government of India. 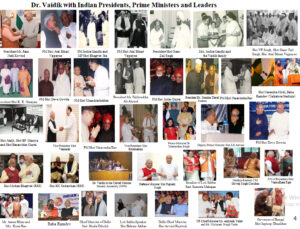 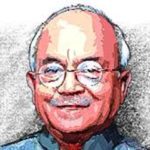 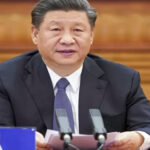 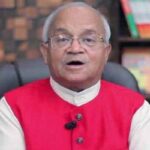 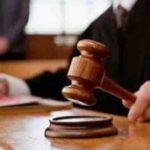